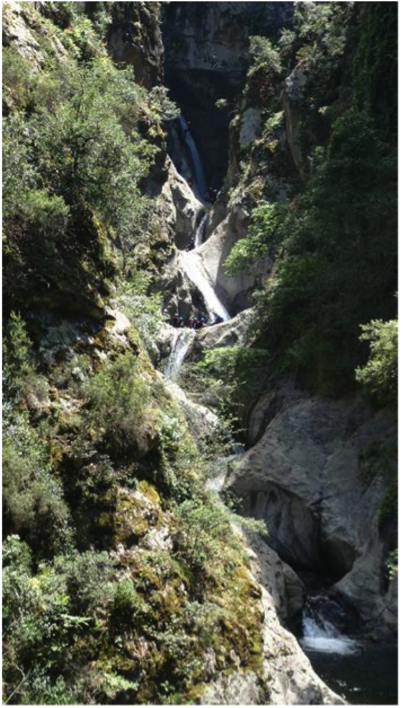 From Cosmos to Urban Life » in A. Yaneva (ed.) What Is Cosmopolitical Design?, Farhnam: Ashgate.

The only way to get into cosmopolitics is to become embedded in some situations either as an ordinary actor, or with the light equipment of ethnography, or else “to become within” (Haraway 2003). This compels one to have some degree of reflexivity, and to be embedded and affected. Boullier provides four different examples of cosmopolitical design, which unfold as four stories that exemplify what it means to “become within.” Particularly enlightening is the example of the Llech canyon. This canyon became very popular as hundreds of people hiking in the area started using it for canyoning–an outdoor activity in which a variety of techniques, including walking, scrambling, climbing,jumping and swimming, are used to move through a canyon.
Gradually, as the crowds got bigger, the river became a very fragile ecosystem. To prevent its destruction, a number of adjustments were made. As anyone who wanted to access the canyon had to cross the land owned by Gauderique Delcasso, this person introduced a regulation stating that anyone wishing to use the river and therefore to cross his land would have to fill in a form mentioning the number of people who would cross it and their identity. Another adjustment was also made: canyoning would be prohibited two days a week in order to allow the river to “recover.” Speaking on behalf of the river as he did, Gauderique argued that its “leisure load rate” had been exhausted. Yet, instead of preventing all canyoning activities, an attempt was made to regulate them by way of these local adjustments of humans, river, and land. While the official political solutions were unable to solve the problem, Gauderique creatively assembled a number of humans and nonhumans around the river and crafted a cosmopolitical solution. By introducing a different rhythm of river use (five days out of seven), Gauderique as a cosmopolitical designer was able to make the crowds aware of the impact of canyoning sports on the river biotope, without resorting to political speeches. Because this solution was not generated by Big politics it met little resistance and, in the attempt to devise a more sustainable use of the river, an agreement was reached between citizensand the river. This example illustrates that the relationship with so-called nature cannot be reduced to controlling or domesticating a wild object. As we live within nature and interact with it, we weave a web of connections that might hurt or repair its balance, and in this way we craft new compositions. 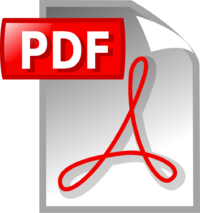 Reference for the bibliography :
BOULLIER, D. (2015)  » Cosmopolitics: “To Become Within”, From Cosmos to Urban Life » in A. Yaneva (ed.) What Is Cosmopolitical Design?, Farhnam: Ashgate.